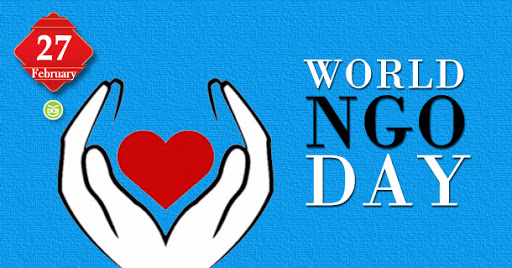 In the über-patriarchal society we live in, one infraction which constitutes a mortal sin is for a
male — an adult male — to indulge in a public display of emotion. Talk about masculine
blasphemy! This sin is deemed unforgivable, not even when the world’s sincerest penance is
teed up as countervailing balance, should said male deign to shed tears while the eye of the
public bellows in full glare. Yet, two weeks ago, I was that ‘ignoble’ male, with eyes beet red
and every erg of my self-restraint strained beyond logic as I struggled to stifle the outpour of
bulbs of occular liquid which, otherwise, would have turned my face into one pitiful masque
of tears.
I had gone on that fine Saturday morning to have my breakfast at a local restaurant. It was at
this restaurant while having my comfortable breakfast that my conscience began to tick.
Three sisters, all clad in hijab, with the oldest of them not more than eleven, walked to the
owner of the food stall and started to cry. Apparently, their father had given the girls only
N150 which, somehow, the three of them were to use in feeding themselves from that fine
morning until sun-down! I was moved!; I was angry!; I was close to being teary! ‘Why would
anyone bring a child to the world to suffer?,’ I mentally quizzed myself.
Funnily enough, the woman who owned the food stall, despite her sympathy and show of
solidarity, did not offer the girls some food. ‘Were they to fill their bellies with her moral
support?,’ I again quizzed myself.
I ate my meal in guilt. As I made my way out of the restaurant, I hastily pushed a crumpled
N500 note into the palms of the eldest of the girls, asking that she uses it to buy some food for
herself and for her sisters. And I hurried out quickly before I had the chance to be
embarrassed by her gratitude.
This is not an avenue to show how morally just I am; this is not a projection of my self-
righteousness or empathy. Rather, this is to highlight the significant roles which NGOs play in
alleviating the burdens of humanity. Those three hijab-clad sisters represent Humanity. The
owner of the restaurant represents the Government, who though sympathetic, often is unable
to render sufficient help. And my humble self in that short anecdote serves as the metaphor
for NGOs, those often unsung heroes who dedicate their time and energy in healing the world,
one tiny rift at a time.
This is the primary purpose of World NGO Day, to celebrate these crusaders of charity and
self-sacrifice. Officially recognised by the Baltic Sea NGO Forum of the Baltic Sea States on
the 17th April, 2010, ‘World NGO Day’ serves to inspire people to become more charitable, to
embrace humanism and humanitarianism. Despite its seeming contemporary beginnings,
NGOs have a history that dates to at least the 18th century. The term “non-governmental
organization” was created in Article II of the Charter of the newly formed United Nations in
1945, but its relatively new christening belie its existence which go back three centuries.
NGOs played a crucial role in the anti-slavery movement and in the global push for women’s
suffrage, and have provided relief for victims in war-torn zones. Though their interference in
these climes of war have often being criticised as being political and biased, and in some
cases, unwise, such as their interference during the Biafran War, as opined by Conor Foley in
an article written for The Guardian.
Despite their shortcomings, it is hard to ignore the impact which NGOs have had in the push
for sustainable development, both locally and internationally.

According to The Global Journal, there are an estimated 10 million NGOs worldwide, and out
of that 10 million is one NGO with immense potential to make considerable impact: Pure
Heart Foundation.
I leave you with her mission statement:
“Powering and propelling the dream and goals of pure heart foundation through awesome
endeavors to positively affect our world”